The group headed by Dr. Mariagrazia Uguccioni has described that inflammation can dramatically change the response of monocytes to chemokines. Recently, they have discovered that inflammation results in an impairment of leukocyte cytoskeleton machinery that can be reverted by pharmacological intervention, and that monocytes from patients with Rheumatoid Arthritis contribute to maintain the activity of the CXCL12/HMGB1 heterocomplex.

The project supported by the Ceschina Foundation will analyse the capacity of monocytes from patients with Ankylosing Spondylitis to respond to chemotactic signals, taking into account the concomitant expression in peripheral tissues of different chemokines and inflammatory molecules. These studies will allow the identification of novel potential targets that can be taken into consideration for the development of novel treatments for chronic inflammatory disorders.

Institute for Research in Biomedicine 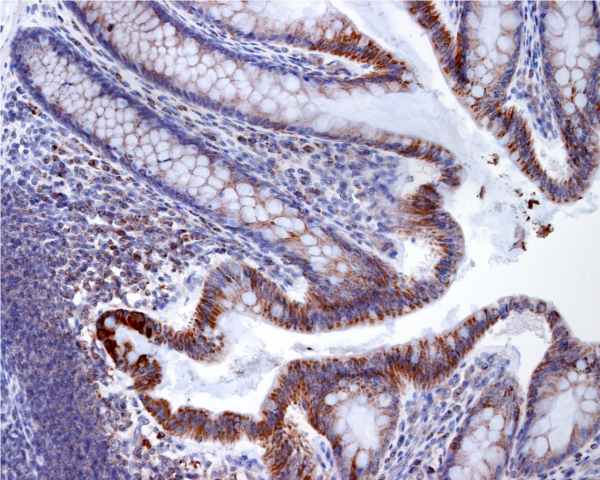 Chemokine expression in different tissues: CCL20 in the colon 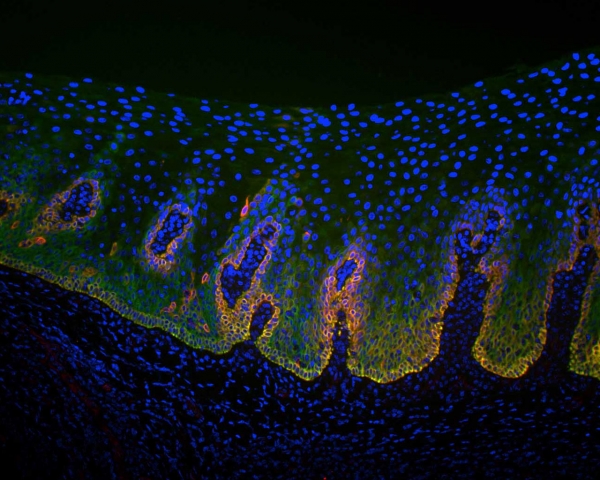 Chemokine expression in different tissues: CXCL12 in the tonsil 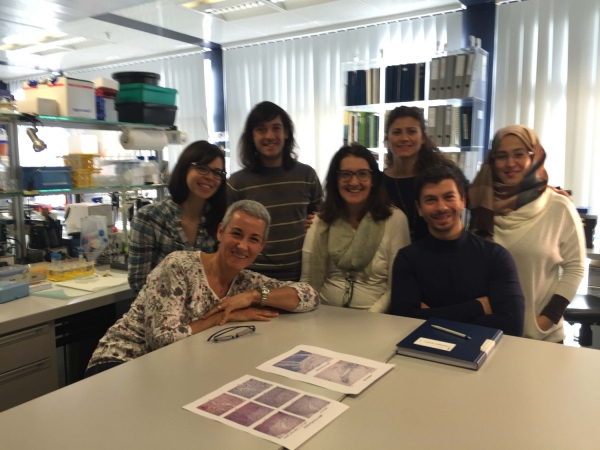 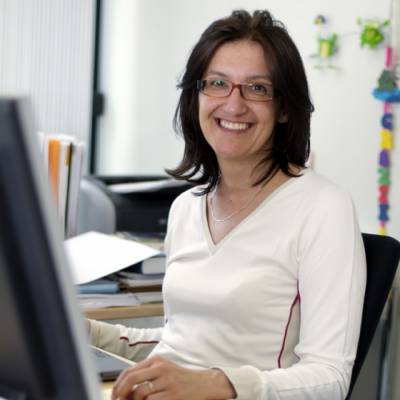 Mariagrazia Uguccioni received a degree in Medicine from the University of Bologna (IT) where she specialized in Haematology in 1994. From 1993 to 2000 she was a member of the Theodor Kocher Institute, University of Bern (CH). Since 2000 she is head of the “Chemokines in Immunity” laboratory at the Institute for Research in Biomedicine, Bellinzona (CH), and vice-director of the same institute since 2010. She was elected member of the Bologna Academy of Science in 2009. Mariagrazia Uguccioni’s research has covered aspects of human haematology and immunology: leukocyte activation and traffic, chemokine expression and activities in normal and pathological conditions. All these studies have been performed in collaboration with university hospitals in Zurich, Bern, London and Milan. Her group has recently depicted two novel mechanisms that in physiology and pathology, tune the chemokine system: the natural chemokine antagonists, and the molecules that synergise with chemokines. The present research is focusing on leukocyte trafficking in human inflammatory diseases, tumours, and infections, while continuing dissecting the molecular mechanisms leading to chemokine synergism in leukocytes.